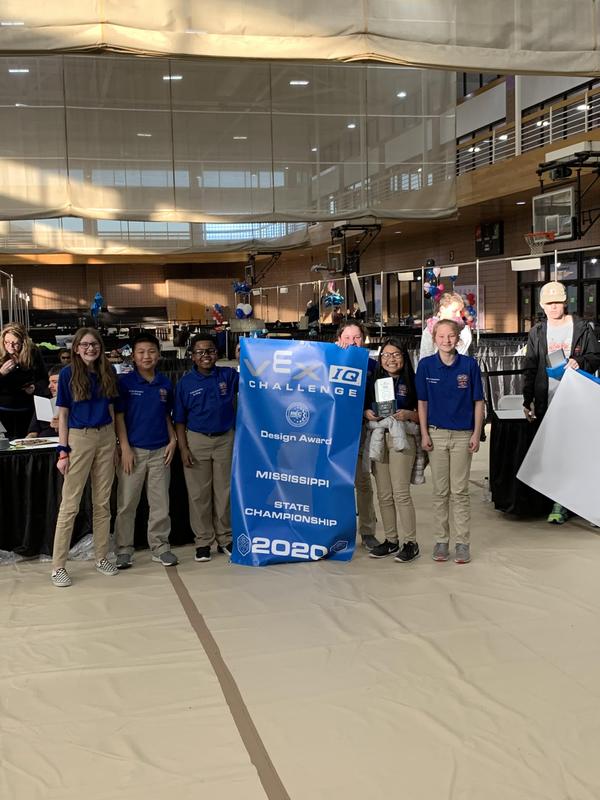 The Pass Christian Elementary School 5th Grade VEX IQ Robotics team, the “VEX Pirate Pride,” competed at the State Vex Robotics Competition on Saturday, February 22, at the Payne Center in Hattiesburg, MS. Through teamwork, dedication and determination, hard work, character, and grit, the VEX Pirate Pride became the VEX State Champions for the Elementary division for winning the Design Award! The Design Award is presented to a team that produced an Engineering Notebook which provided a clear and complete documentation of the team’s robot design process. The VEX Pirate Pride were able to demonstrate personnel, resource and time management skills and an organized and effective approach to the robot design process. The team was able to describe to the judges how they implemented an efficient and effective design process to accomplish their goals. The VEX Pirate Pride robotics team will now have the opportunity to represent Pass Christian Elementary School, Pass Christian Puble School District, and the state of Mississippi on a global stage at the Worlds VEX Championship Competition in Louisville, Kentucky, on April 26-28!  Good luck VEX Pirate Pride team #23645P, we are proud of you!